Macnee was a second cousin of the actor David Niven ~ both must have inherited the "suave" gene.

He is survived by a son and a daughter from his 1st marriage.

Lord Black is a close friend of the Prime Minister. Mr Bolland served the Prince of Wales as deputy private secrtetary for some years.

Posted by Michael Rhodes at Thursday, June 25, 2015 No comments:

James George Alexander Bannerman Carnegie was born in London, 23 Sept, 1929, the only child of Charles Alexander Carnegie, 11th (or 8th) Earl of Southesk, KCVO (1893-1992), by his wife Her Highness Princess Maud Alexandra Victoria Georgina Bertha of Fife (1893-1945), a granddaughter of King Edward VII and Queen Alexandra.

He succeeded as 3rd Duke of Fife on the death of his aunt, the Duchess of Fife (in her own right) wife of Prince Arthur of Connaught & Strathearn, 26 Feb, 1959, and succeeded his father as Earl of Southesk, 16 Feb, 1992.

The 4th Duke is married to the former Caroline Anne Bunting and is the father of three sons.

Bendor Grosvenor is in remainder to the Earldom of Wilton and the Marquisate of Westminster & subsidiary peerages held by the 7th Duke of Westminster.

Lady Sarah was heir pres to the Lordship of Herries of Terregles (Peerage of Scotland, cr 1490), held by her elder sister, Lady Mary Mumford, DCVO.

Henry Bonas is the youngest son of Mr Jeffrey Bonas (b 1944), of Burnham Norton, Norfolk, and Mrs Elspeth Bonas (nee McCagie, b 1945), of Aldsworth, Gloucestershire, and is a half-brother of Prince Harry's former girlfriend, the actress Cressida Curzon Bonas (b 1989).

Miss Twiston-Davies is a goddaughter of Diana, Princess of Wales. 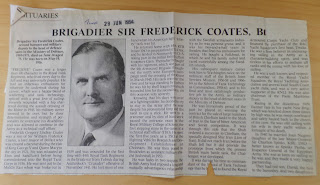 Posted by Michael Rhodes at Saturday, June 06, 2015 No comments:

He was born 12 Aug 1924, son of Thomas George Elphinston (1882-1967), by his wife the former Gladys Mary Congdon, and was a nephew of Sir Alexander Logie Elphinstone, 10th Baronet, whom he succeeded in 1970; married 23 May, 1953, Margaret Doreen, daughter of Edric Tasker, by whom he had issue. His eldest son, Alexander Elphinston, who was born 6 June, 1955, succeeds to the baronetcy.

The baronetcy becomes extinct with his death.